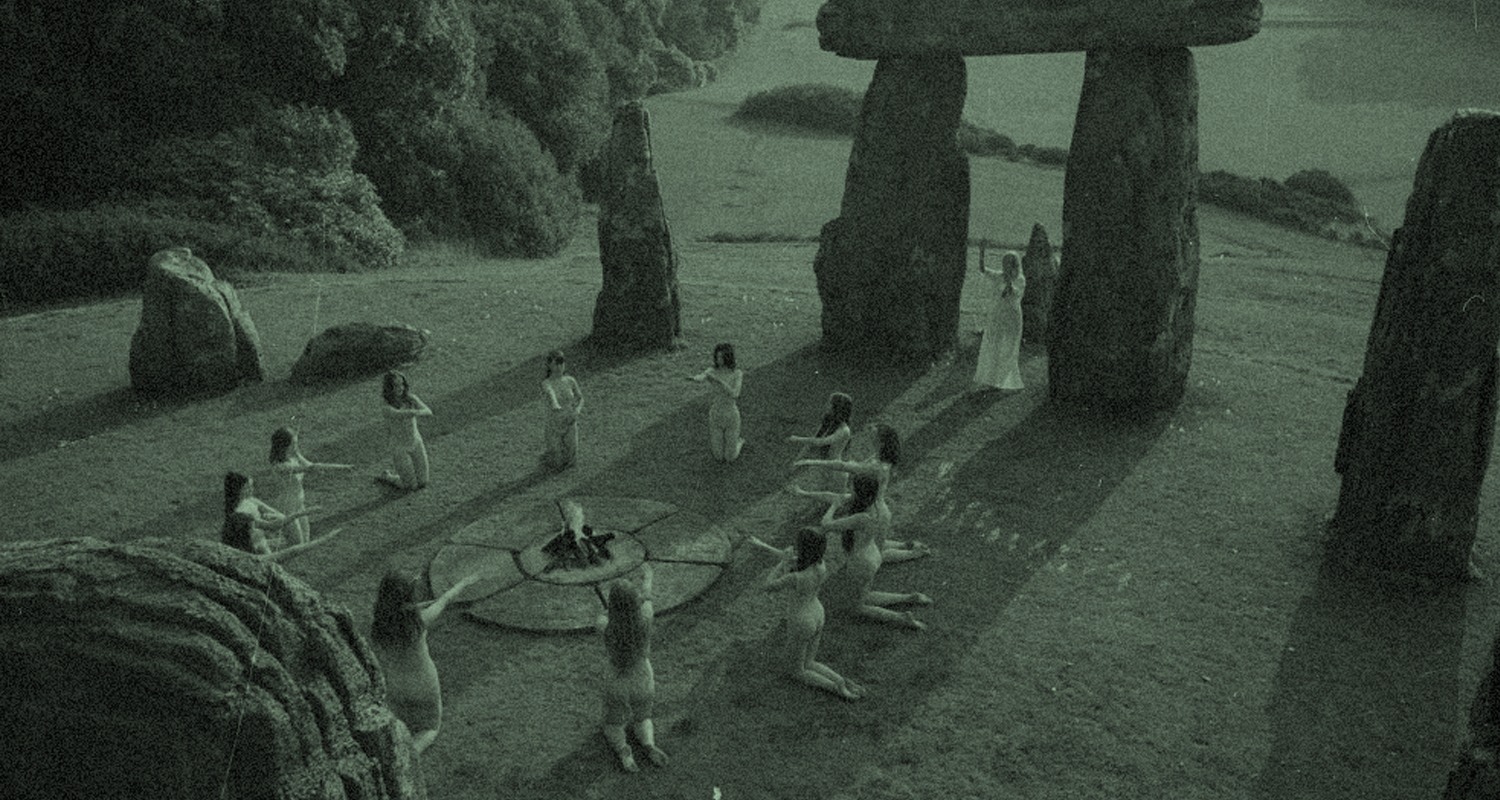 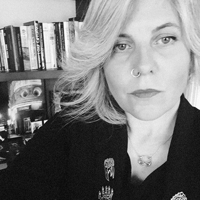 Kier-La Janisse is a film writer, programmer, publisher, producer and founder of The Miskatonic Institute of Horror Studies. She is the author of A Violent Professional: The Films of Luciano Rossi (2007) and House of Psychotic Women: An Autobiographical Topography of Female Neurosis in Horror and Exploitation Films (2012) and has been an editor on several books including Satanic Panic: Pop-Cultural Paranoia in the 1980s (2015) and Yuletide Terror: Christmas Horror on Film and Television (2017). She was a producer on Mike Malloy’s Eurocrime: the Italian Cop and Gangster Films That Ruled the ’70s (2012), Sean Hogan’s We Always Find Ourselves in the Sea (2017), Mike McKinlay’s Tights Worship: The Processes of THE RITA (2019) and David Gregory’s Tales of the Uncanny (2020). She is currently co-editing an anthology book on the films of Robert Downey, Sr. and writing a monograph about Monte Hellman’s Cockfighter, as well as developing an animated film based on Julia Gfrörer’s graphic novel Vision. A house editor and producer of bonus features at Severin Films, Woodlands Dark and Days Bewitched is her first film as director. For more on her work see kierlajanisse.com 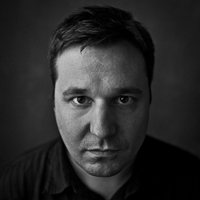 Producer/Director David Gregory made his first feature-length documentary Texas Chain Saw Massacre – The Shocking Truth in 2000 for the distribution company he co-founded, Blue Underground. He soon went on to direct over 100 documentary features including The Joe Spinell Story, The Godfathers of Mondo and the IFC original production The Spaghetti West. He made his narrative feature-directing debut in 2008 with Plague Town. In 2006, Gregory, along with Carl Daft and John Cregan, formed Severin Films to restore and distribute international genre classics on home video. Gregory co-produced and co-directed the 2011 anthology horror feature The Theatre Bizarre, which led to the three-year process of making Lost Soul: The Doomed Journey of Richard Stanley’s Island of Dr. Moreau, and Gregory most recently served as co-producer on Stanley’s return to feature directing after two decades, H.P. Lovecraft’s The Color Out of Space. Gregory’s subsequent documentary feature Blood & Flesh: The Reel Life and Ghastly Death of Al Adamson premiered at the Fantasia International Film Festival in July 2019 and in 2020 he directed and co-produced Tales of the Uncanny, a documentary on anthology horror featuring Roger Corman, Greg Nicotero, Tom Savini, Mick Garris and over 50 more luminaries from the horror genre. Tales of the Uncanny took the top award at Abattoir Festival in Wales where in premiered in October, 2020. 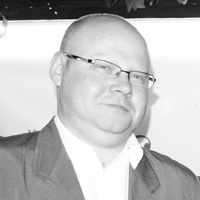 Carl Daft has over 22 years experience in the industry and is the co-founder of Severin Films which has gone on to become one of the most respected genre labels in the business with over 200 DVD/Blu ray releases including Peter Medak’s The Changeling, Jodorowsky’s Santa Sangre, Polanski’s What?, the legendary BBC nuclear war shocker Threads, The Wild Geese, Zulu Dawn, Perdita Durango, Hardware and the original Inglorious Bastards. The company has also produced its own features including the award-winning documentary Lost Soul: The Doomed Journey of Richard Stanley’s Island of Dr. Moreau, Blood & Flesh: The Reel Life and Ghastly Death of Al Adamson and the horror anthology The Theatre Bizarre. 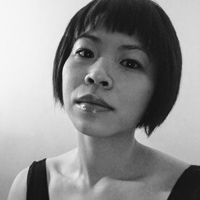 Winnie is a Hong Kong born, Queens raised, Brooklyn based filmmaker. She frequently collaborates with artists across various disciplines, using illustration, animation, and dance to place the corporeal body within surreal spaces. She has directed films that have screened at Sundance, Fantastic Fest, Slamdance and Fantasia International Film Festival. Additionally, her work as an editor has appeared at Tribeca, SXSW, Big Sky and online/streaming outlets including Nowness, NY-Times OpDocs and Shudder. 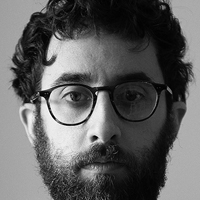 Benjamin Shearn is a film editor and writer. His last feature, Ladyworld, premiered at BFI London, Fantastic Fest, TIFF: Next Wave and was presented as part of the Frontieres Showcase at the 2018 Cannes Film Festival. Shearn’s work has also been exhibited at ComicCon San Diego, the Louisiana Museum of Art in Copenhagen, la Gaîté lyrique in Paris, as well as official selections of the CPH:DOX, Melbourne International, Planete+Doc, and Boston Underground Film Festivals, amongst others. His next film Please Baby Please, starring Andrea Riseborough and Demi Moore, is currently in post-production. For more of his work, go to benjaminshearn.com and/or follow his absurd Instagram account @actorsupset. 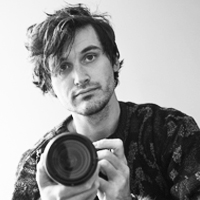 Jamie Lansdowne is an editor based in Brooklyn, NY. When not cooped up in quarantine he can usually be found cooped up in a movie theater or regaling others with tales from his Cleveland upbringing. Primarily a commercial editor, his narrative shorts include Mom’s Dinner, Walk Between, and Fly Lady Fly. Along with Winnie Cheung, he is a moderator of the Picture Farm Film Festival. He is an avid horror fan and was thrilled to join the project. 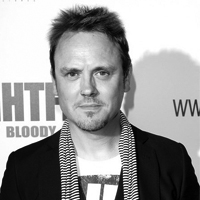 Ashley Thorpe is an award winning Devon based animator, writer and illustrator whose work is inspired by the neglected aspects of British folklore. His films are Scayrecrow (2008), The Screaming Skull (2009) and The Hairy Hands (2010). In 2015 he animated the opening titles for the Epic Pictures horror portmanteau Tales of Halloween. Ashley’s first animated feature – Borley Rectory – was released to critical acclaim in 2018. He is also the author of The Demon Huntsman and Dead man’s shoes for the Glass Eye Pix radio project Tales from Beyond the Pale. 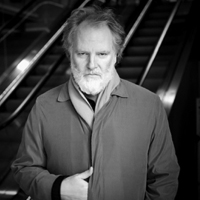 Guy Maddin is the director of twelve feature-length movies, including The Green Fog (2017), The Forbidden Room (2015), My Winnipeg (2007), The Saddest Music in the World (2003) and National Society of Film Critics Best Experimental Film Prizewinners Archangel (1990) and The Heart of the World (2000). He has also mounted around the world over seventy performances of his films featuring live elements – orchestra, sound effects, singing and narration. Maddin was Visiting Lecturer in Visual and Environmental Studies, 2015–18, at Harvard University. Since 2011 Maddin has collaborated with Galen Johnson and Evan Johnson under the banner of Development Ltd., their Winnipeg-based filmmaking collective. Maddin is also a member of The Order of Manitoba & The Order of Canada. 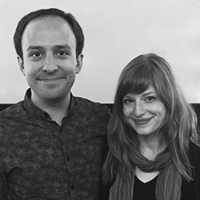 Zena Grey and Brendt Rioux are multimedia artists living in Los Angeles, CA. They create stop-motion animated collage films both separately, and together as “Brainwave Central.” (brainwavecentral.com) Their partnership began almost a decade ago while programming mixes of ephemeral 16mm films, and expanded to animation production with the short, TVPSA, which screened at the 2016 Ann Arbor Film Festival. A music video, Shivers, followed in 2019. Individually, Zena is known for her extensive work as an actor and video editor. Brendt self-published, Screentime, a book of film-inspired poetry, in 2018. They are both honored to have been able to collaborate with Guy Maddin on this project. 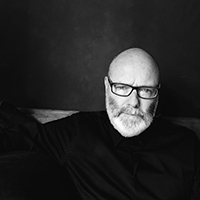 Educated in classical and jazz composition, Jim Williams first established himself in popular music writing and performance, with his subsequent extensive television experience culminating in an Ivor Novello Award nomination for Hotel Babylon. More recently he has focused on some of the more innovative feature films of recent times. For Ben Wheatley’s Kill List press accolades described an ‘unsettling score – the film’s saturnine heartbeat – puls[ing] underneath’ (Financial Times), and a ‘brilliant score, which is filled with strings so taut, they sound like screams you might hear in the distance’ (LA Times). The score for Wheatley’s A Field in England ‘[underpinned] ostensibly calm pastoral scenes with a constant undertow of clanging, churning menace’ (Hollywood Reporter), and Julia Ducournau’s highly acclaimed RAW used ‘folksy lighter numbers giving way to heavier, more psychedelic freak-out tracks as the characters degenerate into madness’ (Variety). The score for RAW was César Award nominated. 2018’s score for Beast was nominated for a BIFA for Best Music, with Variety noting ‘the many, varied screeches and squeaks of Jim Williams’ terrifically rattling score’. 2020 saw Indian horror Kriya with ‘an unforgettable score’ (First Showing) premier at Fantasia Festival, and Brandon Cronenberg’s Possessor premiered at Sundance featuring a ‘booming and distressing score… [that] helps to hammer home psychological breakdown’ (cinemasmack.com). The score for Possessor won the Prix de la Musique Originale at the prestigious Gérardmer International Fantastic Film Festival. Link: http://jamesdorrianwilliams.co.uk/ 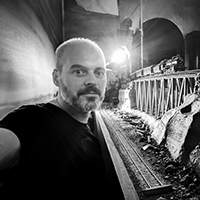 Jim Kunz is a filmmaker, cinematographer and master of technology based in Los Angeles, CA. He is also committed to preserving the genre films that have been impactful but might otherwise be lost to time and decay and has been responsible for the bonus features and restorations for hundreds of titles. 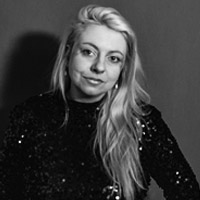 Sarah Appleton is a documentary filmmaker as well as an avid horror fan, based in London. When Sarah isn’t producing brand new special feature content for the likes of Arrow Video and 101 Films, she can be found filming and editing interviews for the British Film Institute (BFI), Severin and Indicator. Her new feature-length documentary The Found Footage Phenomenon, co-directed by Phillip Escott, is due for release in 2021. You can follow the documentary on Twitter at @FoundPhenomenon and @SarahAppleton_ or via Sarah’s production company website www.caprisarproductions.com 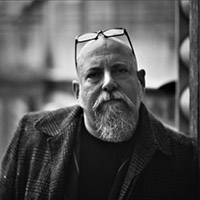 Neil Edwards is an award-winning programme-maker who helped to develop Channel 5’s longest running show The Hotel Inspector, and is behind the global sales hits Born to Kill? (8 series) and Impossible Engineering (now in its 7th season). As well as looking after Twofour’s Specialist Factual output, Neil continues to shoot and direct, recent credits being: Tom Daley – Diving for Gold, Bradley Wiggins on Mods and Battle of the Brass Bands for Sky Arts and the feature documentary Sympathy for the Devil: The True Story of the Process Church of the Final Judgement. 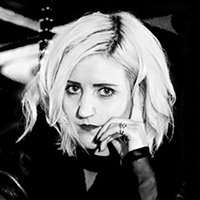 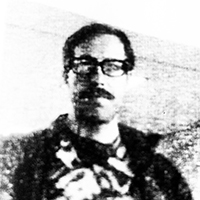 Iain Marcks is a New York-based filmmaker with credits as a cinematographer, director and producer. As an award-winning film journalist, his byline has appeared in the pages of American Cinematographer, Filmmaker Magazine and Rockyrama. Most of his work can be found on the Internet at http://energeiafilms.com 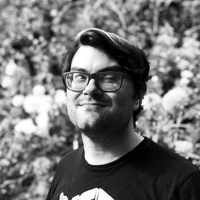 Laird Jimenez has worked for video stores, movie theaters, and film archives in various roles since he was 15. He received a degree in video production and film studies from University of Georgia and a Master of Library and Information Science degree from the University of Washington. Does not believe in ghosts, but is willing to be proven wrong. 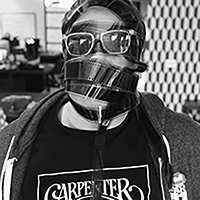 Andrew Furtado is a film editor and current post-production supervisor at Severin Films. For over a decade he has focused his career on preservation and restoration of lost/forgotten/under-appreciated works of art. In 2014 he worked with Director Clive Barker to re-edit his film NIGHTBREED into the Saturn award-winning release of the year NIGHTBREED: The Director’s Cut.  Working with companies like Scream Factory, Arrow Video, MVD, and Severin Films he’s been able to help bring hundreds of films to new audiences that keep the conversation going. 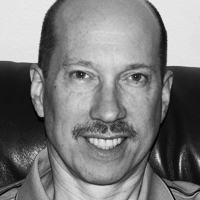 I’ve been a Colorist for 34 years, mostly re-mastering library titles for all the major studios. I’ve sat with DP notables such as Dean Cundey, Don Coscarelli and Rick Bota, to re-envision their movies for release in a higher resolution. In addition, I’ve color graded several documentaries. Nine years ago, I started a home-based color correction business called, Peeramid Color, providing a service to the smaller releasing companies, where I’ve colored and conformed several hundred feature titles for re-releases on Blu-Ray.  I’ve also color graded thesis projects for the local universities, as well as web-based commercials for Nordstrom’s.  I’m currently freelancing at Universal Studios, while continuing to operate my own business.

Mark Raskin mixed the dialogue, and titles for the film were created by Cindy Soohoo, in collaboration with titles coordinator Amy Voorhees Searles, with special chapter heading artwork created by Doreen Girard.